The notion that the state of humanity can be read and studied by the way we relate to animals is a vital thread in my work. My choice of subject relates directly to the way we use, co-exist with, and define specific animals, assigning various symbolisms to them as well as our own personal reflections.

It is my belief that the disappearance of the actual presence of animals as a given in our society greatly affects how we experience life and influences our ability to be empathetic with one another.

The gap that currently exists between animals used and seen as a food resource on one hand and the anthropomorphic use of them on the other (as they are often depicted in visual language) contributes to an increasingly contradictory relationship. When it comes to animal topics, emotions often run high. It seems the less we are in direct contact with them, the more we lose the perspective of their true capacity and what they mean to us and we to them.

I have been observing different animals, mostly horses and dogs, within specific positions for close to two decades. I’m particularly interested in the complexity of how we define value when it comes to animals as well as how we attribute value to our selves and others.

In 2012 I’ve started to use moving image alongside my practice as a photographer. My first video work Anima ( 2012) features the horses of Arlington National Cemetery in the US as they are falling asleep at night in their stables. Other short  and silent films include The widest Prairies (2013) on the wild horses in Nevada that roam the outskirts of Reno and Carson City and Work Horse (2015), an account of a days work of two logging horses in the woods of Northern Sweden.

From 2015 I started working in Japan for the photographic project Stay (2015/2016) on the remaining native horses of Japan. Since, I have realized many collaborative projects among which the short films Shio (2018) and Yorishiro (2020) are among the most recent milestones. 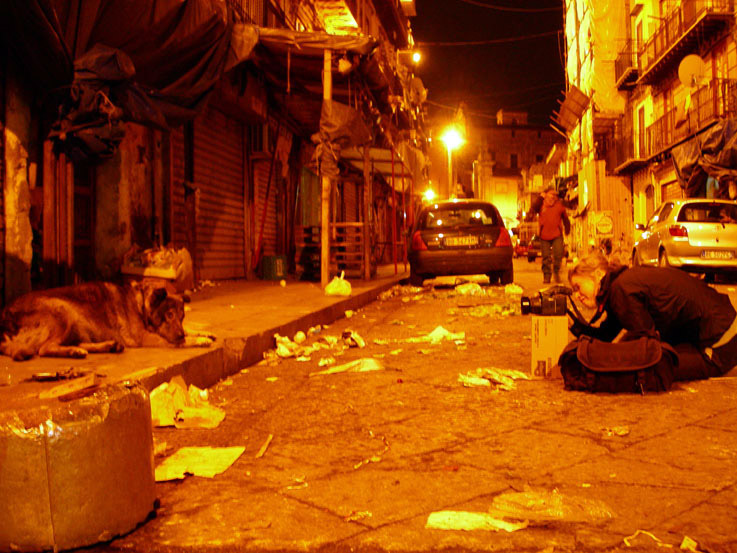