Close to its edges on the rugged coast, small slender horses that appear to be from another time live free on a small volcanic island close to Taiwan. They play a leading role in three short films made between 2017 and 2021. In the first one titled Shio (2018) meaning ‘tide’ they are seen ambling about.  Their mane seems to be shaped by the wind like trees on a coastline. A young Japanese girl appears as she tries to coax her horse into the sea. Both the horses and girl seem to be waiting for someone or something.

A Yorishiro is something or someone that temporarily or permanently can contain the spirit or soul of a ‘kami’, a spirit of nature. In Yorishiro (2020), the second film, a little girl wearing a purplish-gray horse suit wanders seemingly unnoticed through Japanese urban landscapes until she ends up on the island finding kinship with the horses.

In her dancing shoes and bare feet a young girl explores the rough landscape of this island and meets the girl that appears in Shio who braids her hair and plays with her. Eventually she comes face to face with a gorge on the island that lies like a crack in the landscape of this small Japanese island.
A small buddha statue is sitting on the edge of it. In his lap lay numerous coins, oxidised by the salted sea water nearby.

As they connect to their surroundings, each in their own element, the energy and poise of the girls and the horses seem to override an oppressive history that surrounds this cliff. 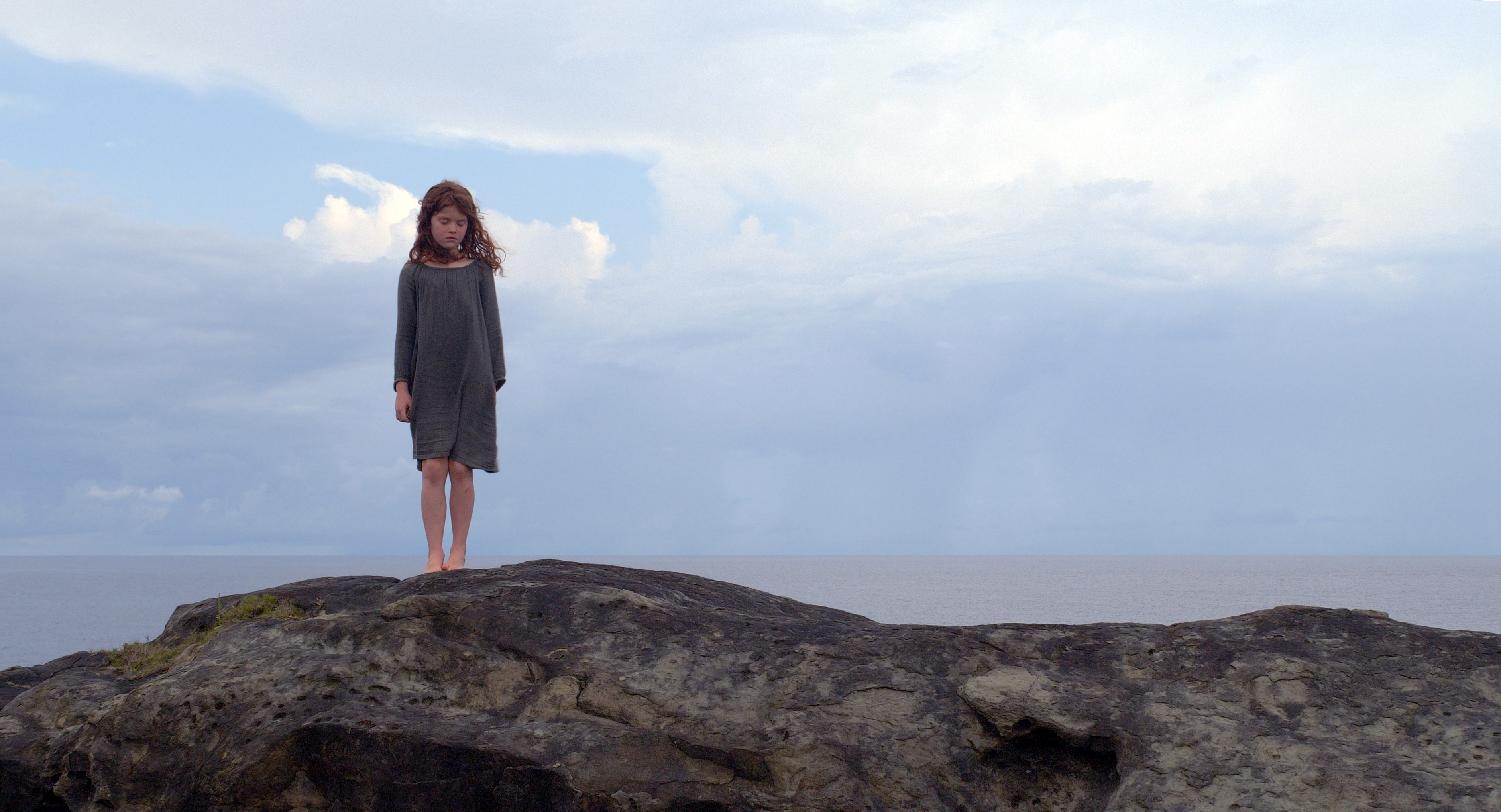