Yorishiro is the second film of Dumas in which a small Japanese island where wild horses of an ancient breed still roam freely, plays an important role. 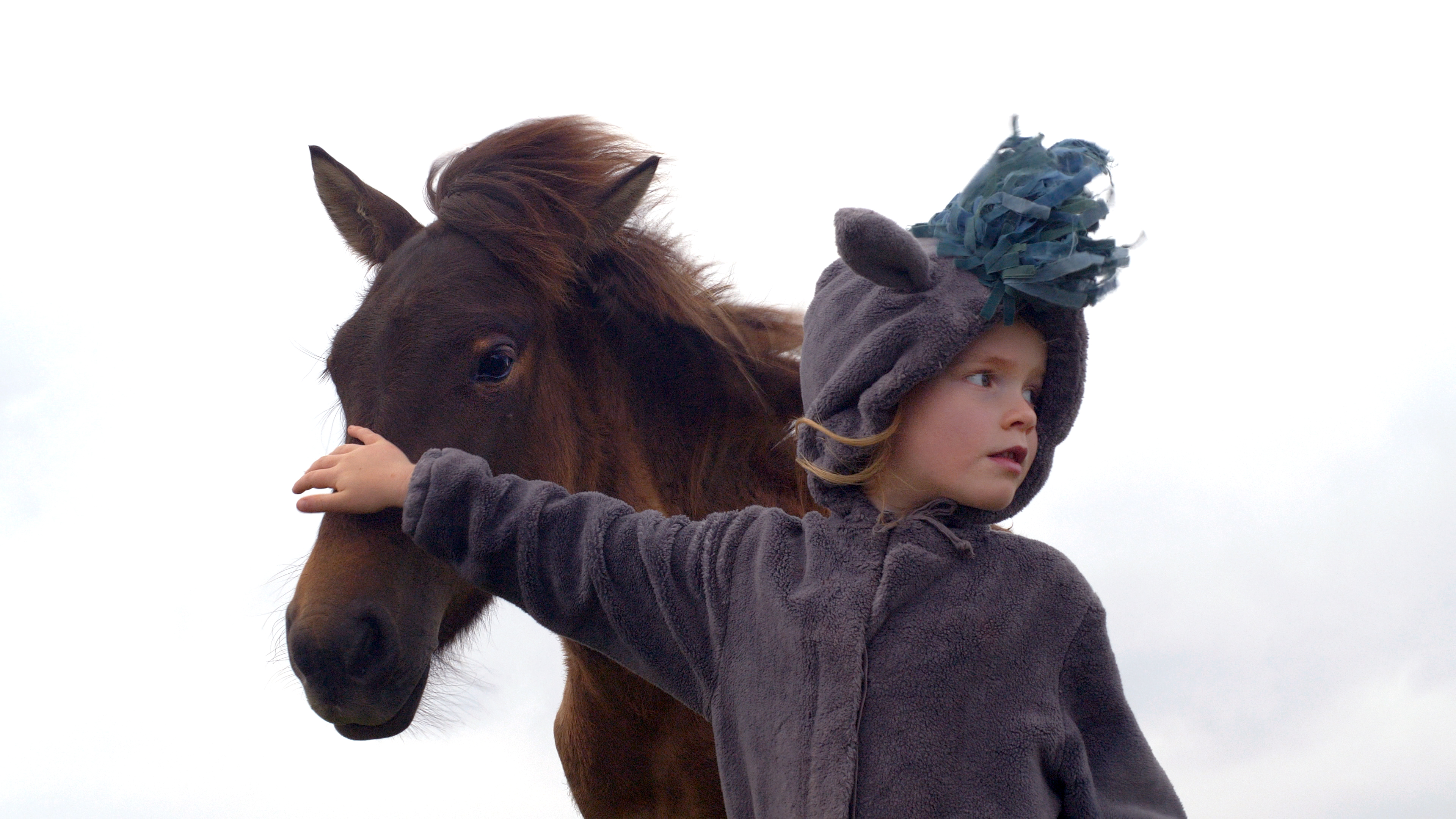 In the first film on this island, Shio, these horses and a Japanese girl seem to be waiting for something or someone.

In Yorishiro a little girl travels to this remote island. The lead actress in Yorishiro, and at the same time the inspiration for it, is Dumas’ five year old daughter Ivy.
For months she walked around in an old horse suit and constantly behaved like a horse.

Dumas asked Japanese designer Yuko Kitta to create a purplish-gray horse suit for the film. The horse costume transforms the girl into an intermediate form of humans and animals. Perhaps as a “Yorishiro”; something or someone who can contain the spirit or soul of a “kami” – (nature) god. Or, as the other meaning of the word can indicate, a transformation through metamorphosis.

Power here is granted to nature in many ways. The suit is made of fabrics carefully dyed with natural dyes from plants and roots in Okinawa as is the case with the obi worn by the small horse in SHIO.

Yorishiro is accessible and light in tone. The girl and horses recognize each other and are of equal value, without human characteristics being attributed to the horses. The historical bond between the two is subtly restored.