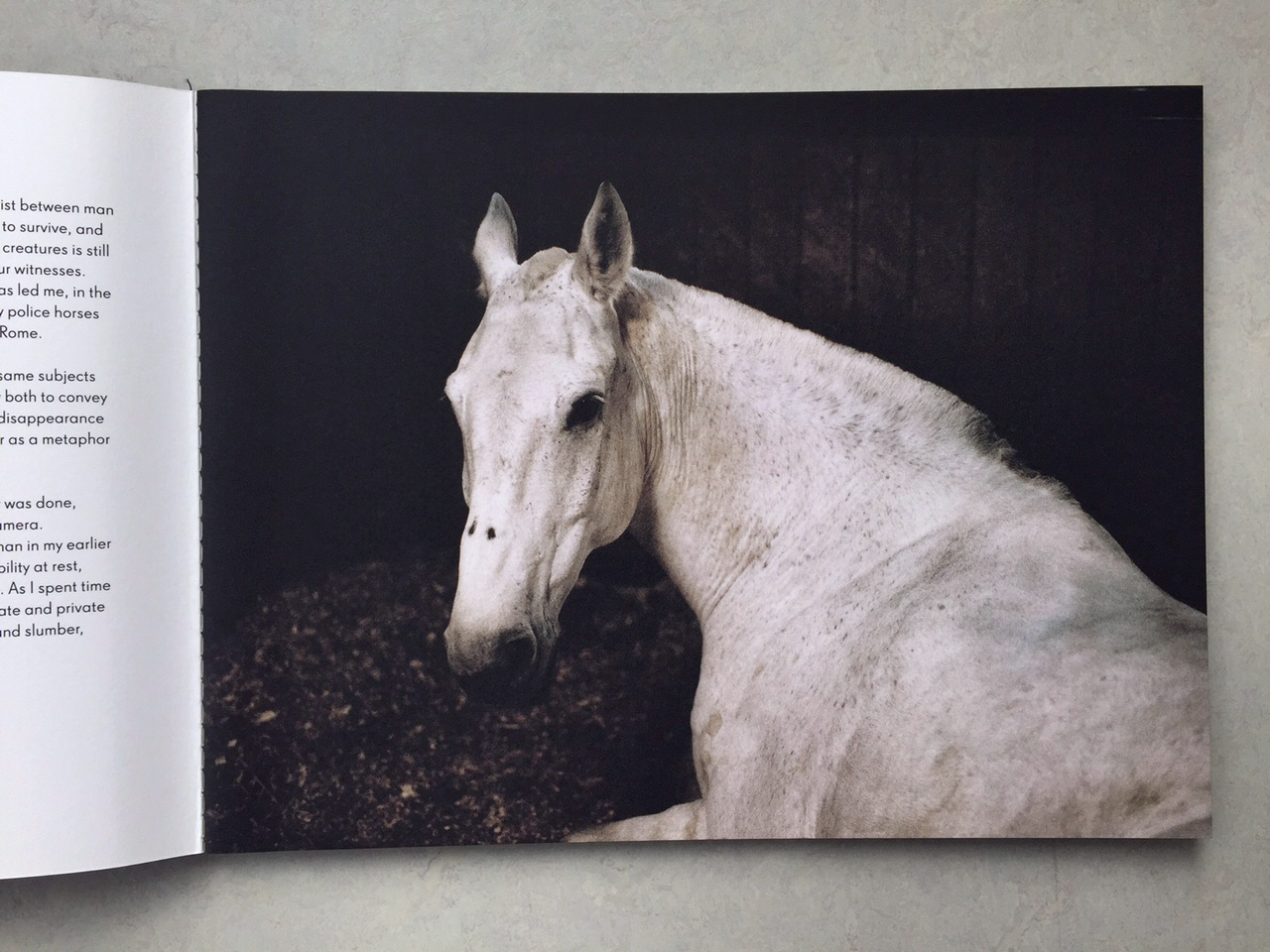 Anima features the caisson horses of Arlington National Cemetery in the United States. This is the national burial ground where U.S. service members are buried, and is located outside the country’s capital city of Washington, D.C.
These animals are among the few left to perform a duty for mankind that dates back centuries. No longer used in warfare as such, they now have the sole and exclusive privelege of accompanying soldiers to their final resting place.
She photographed these horses when their working day was done, as they were falling asleep in front of her eyes and camera. The horses not only convey their vulnerability at rest, but also reflect a falling, the losing of consciousness. Dumas: “As I spent time with them at night I felt this was maybe one of the most intimate and private moments to witness: the gap between wakefulness and slumber, a space for dreaming and reverie.”

At the end of numerous visits to their stables at the point where they seems to just accept my presence I decided to film them. It took five months after I filmed them before I was able to really consider doing anything with this material.
Together with an editor I worked on my sketches. Through this working process I came to understand what I wanted the film to convey. The film shows a sequence of several horses-some of them appearing twice. There is an incentive, you see them from being fairly awake to slowly becoming more and more at rest. In the short time span of about thirteen minutes I tried to make a rhythm focusing on the details of their movements as they slowly release their muscles, closing their eyes.
The film also deals with the limits of the frame, as the horses move in and out of the frame as they fall asleep. Inspired by an image I selected for the series (Rise, Arlington VA 2012) I continued with this in the video work. 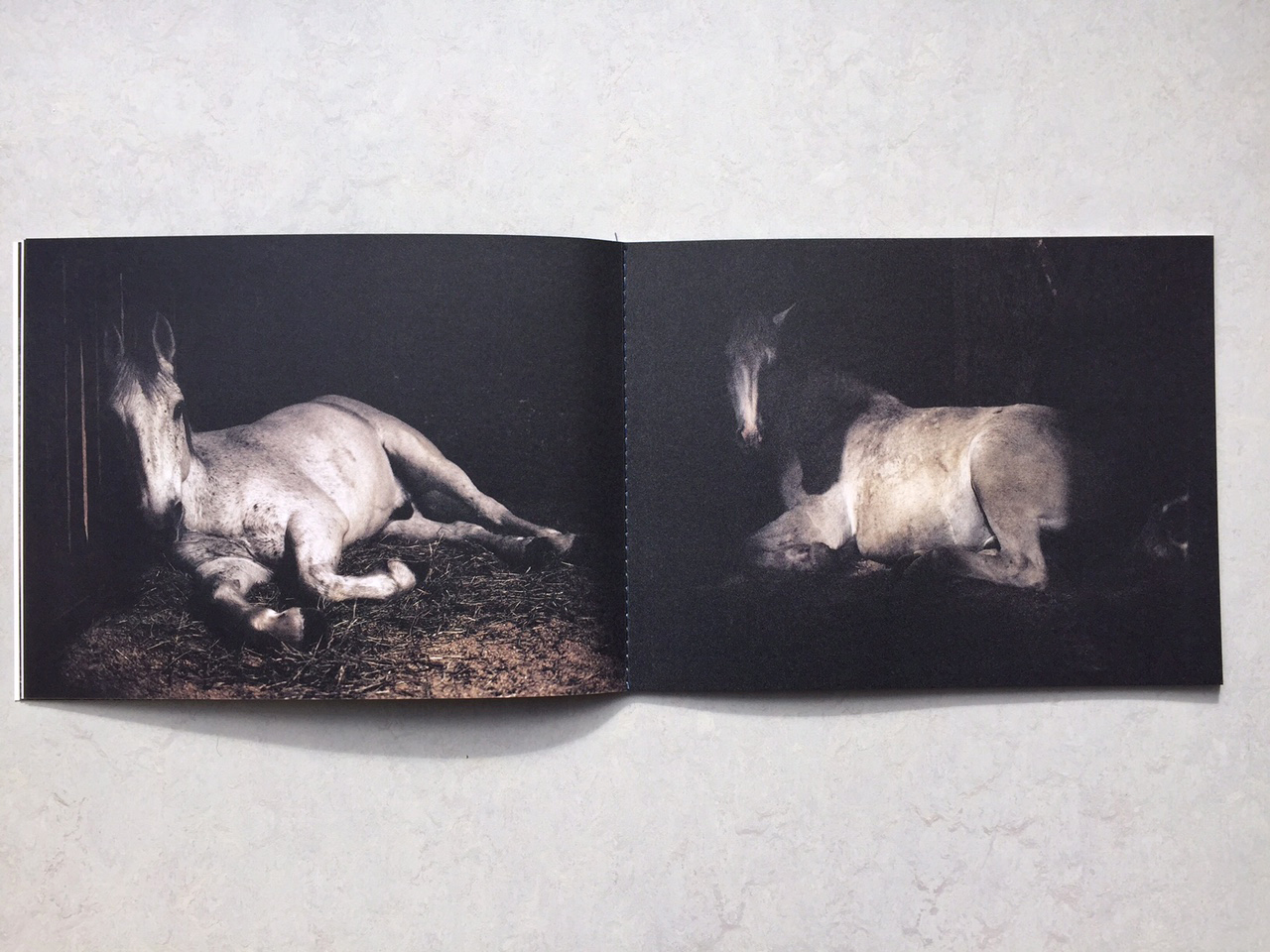 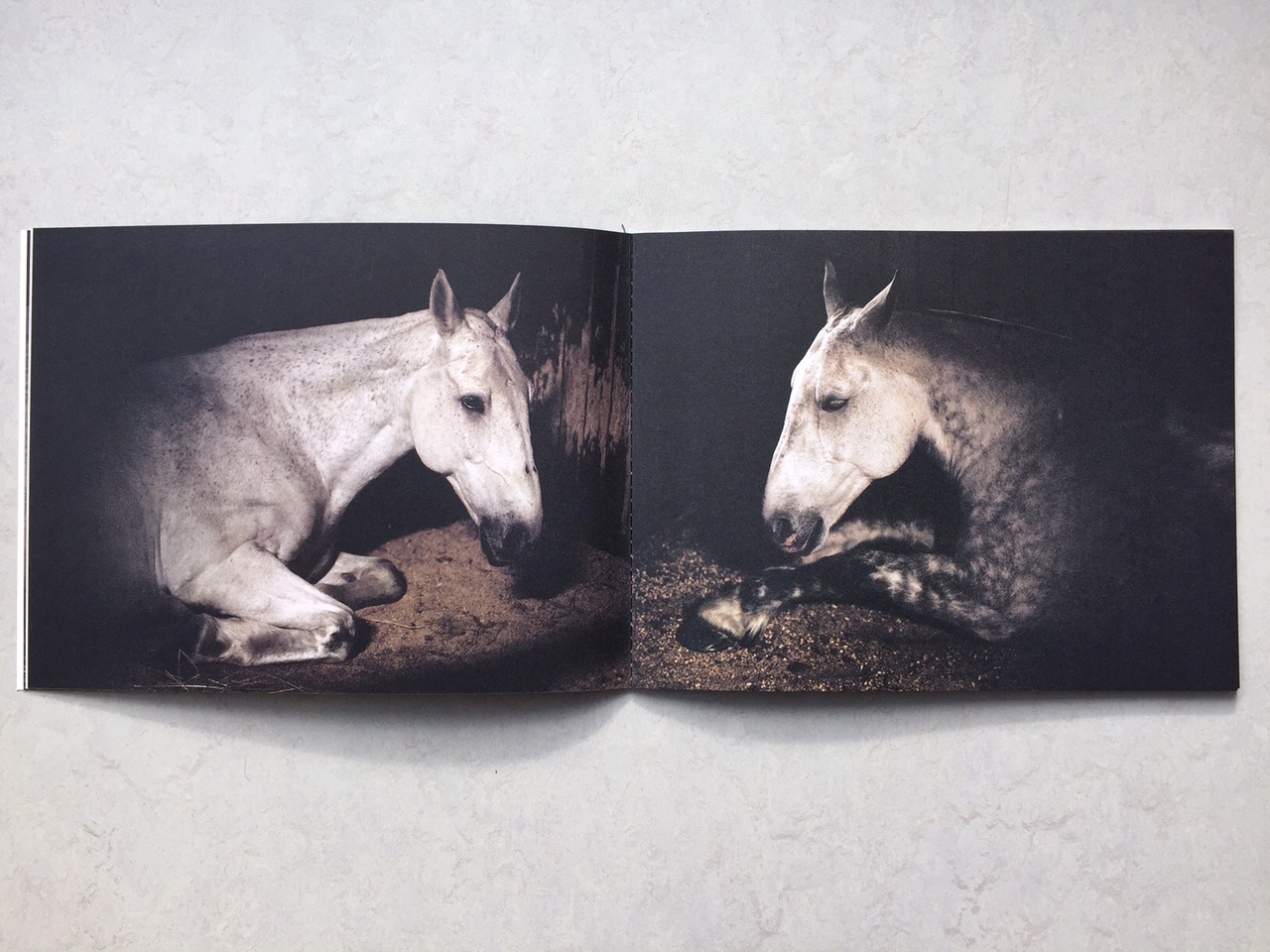