The exhibition “Bezoar” presents like a diptych two of Dumas’ most recent films, Shio ( 2018) and Yorishiro ( 2020) in which two young female protagonist play an important role next to the horses on the small rugged island of Yonaguni. A subject Dumas has been documenting and following since 2015.

The title Bezoar refers to one of these objects, A round stone found in the stomach of a horse from Musée Vétérinaire in Paris. It was regarded as talismans in old traditions and when many thought this object to be extraterrestrial.

Two haniwa, ancient Japanese ritual terra-cotta figures ( collection Shijonawate City Museum of History and Folklore),  an old wooden toy horse and a golden shrine horse figure ( Collection Emile Hermès) are also part of this shows that associatively brings them together emphasizing the ephemeral and fragility of life and our relationship to nature. The balance between life and death and what comes after.  The exhibition space is designed by Japanese architects Kobayashi Keigo and Uemura Haruka.

For the film Shio a special installation of hanging fabrics is created by Okinawa based designer Yuko Kitta who Dumas has been collaborating with since she started working in Japan. The obi ( also on show) worn by the small horse in Shio is created by her as well as the purplish grey horse suit worn by Dumas five year old daughter Ivy in the film Yorishiro. 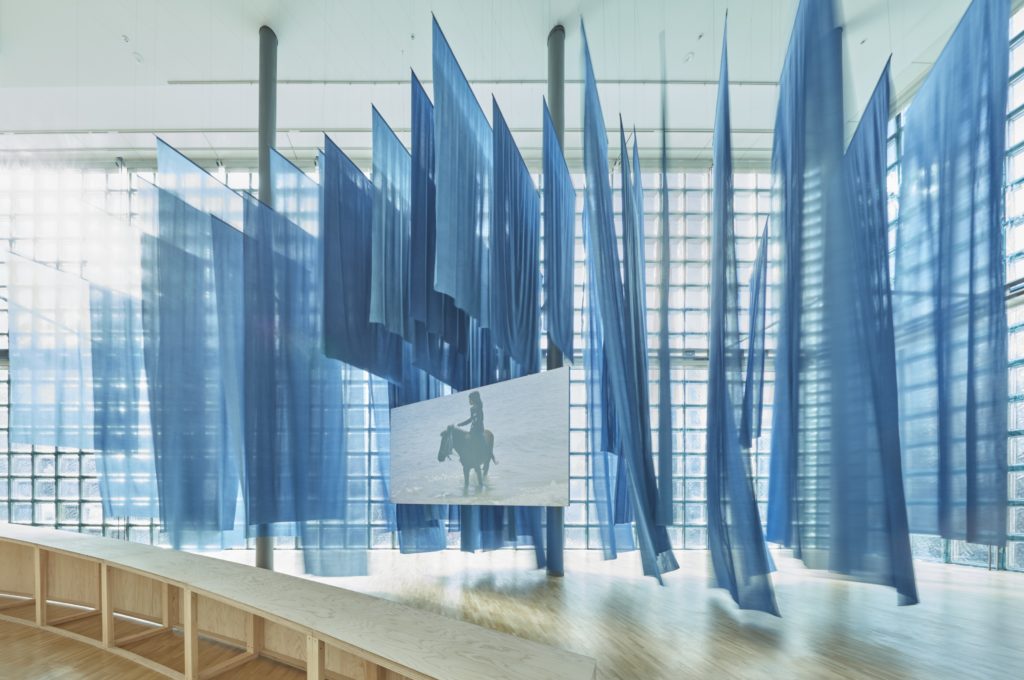 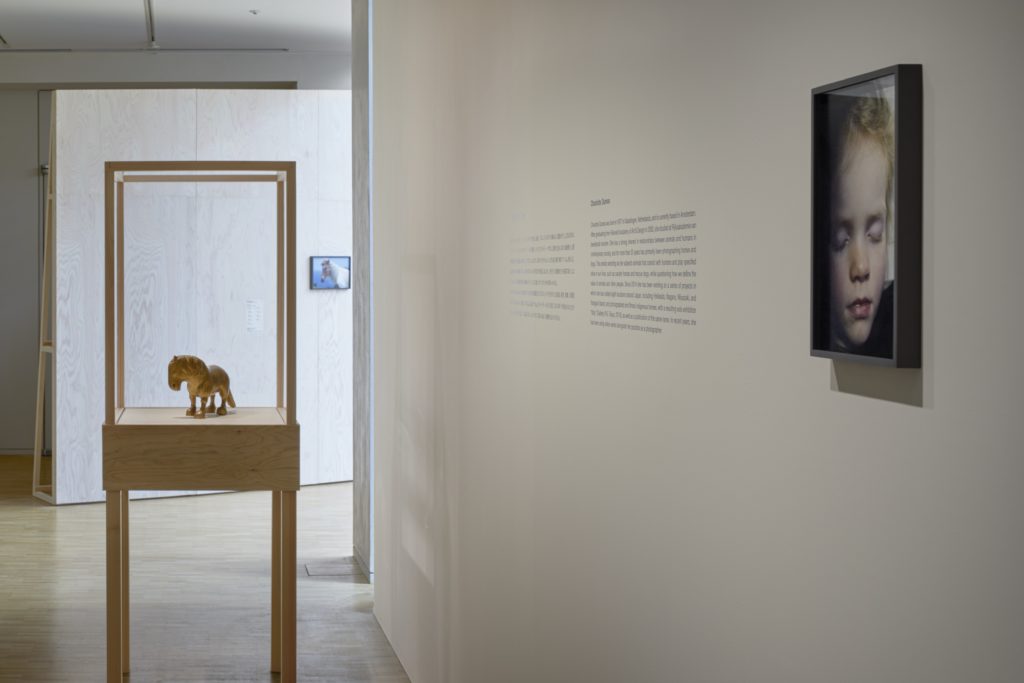 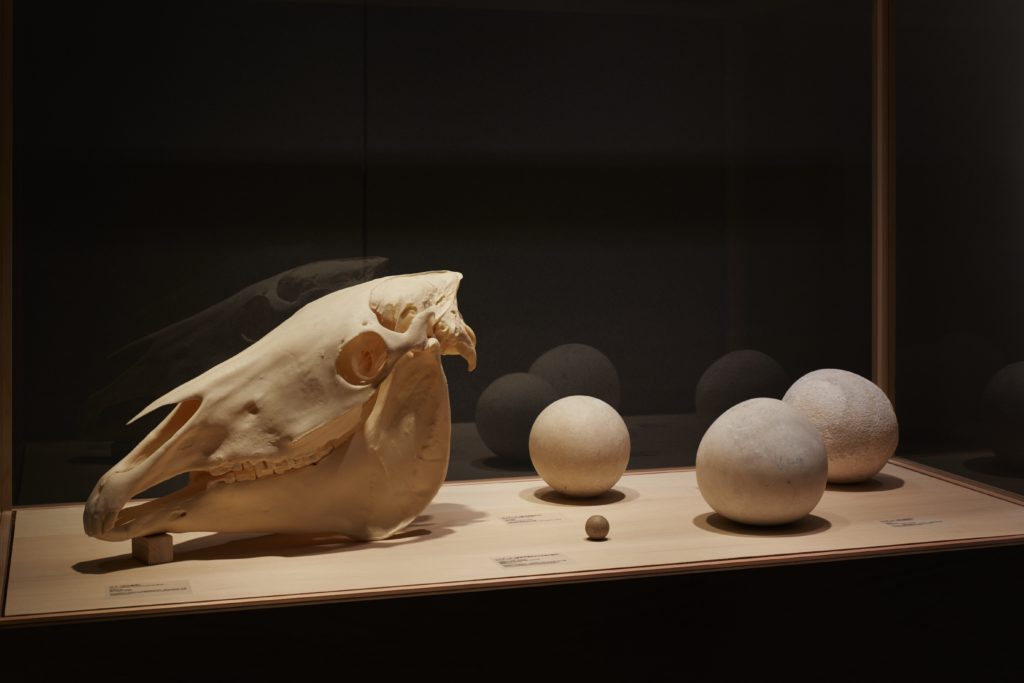 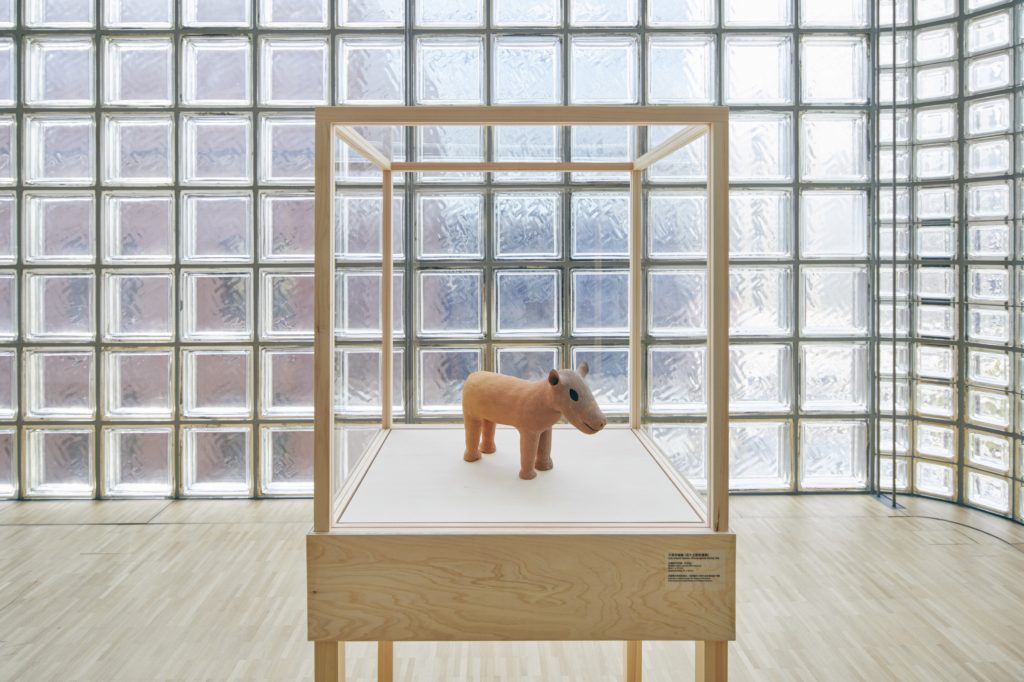 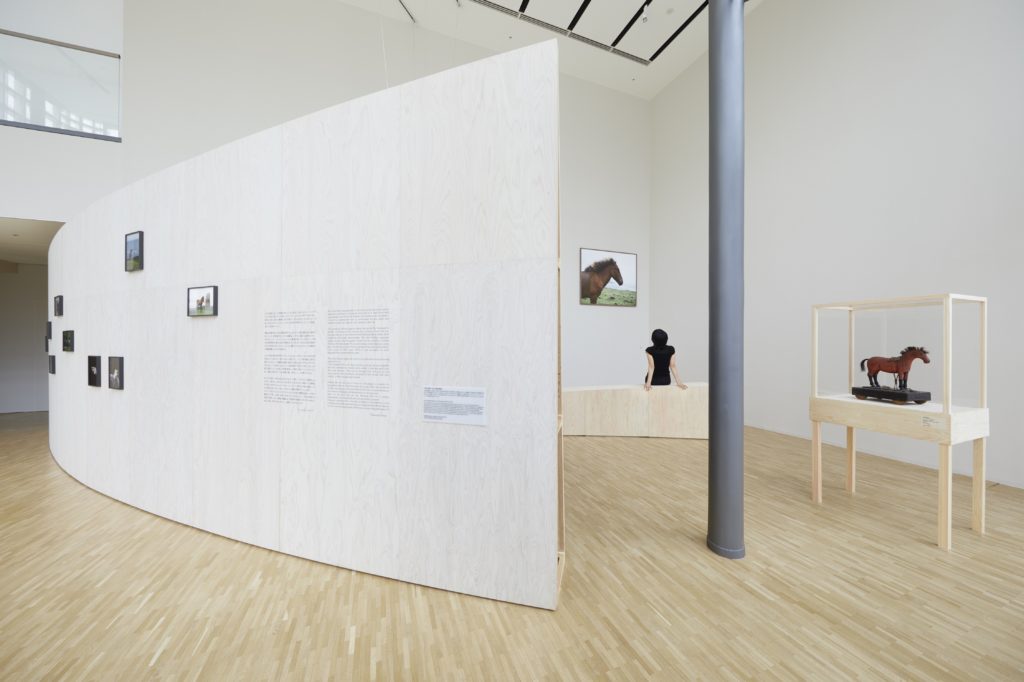