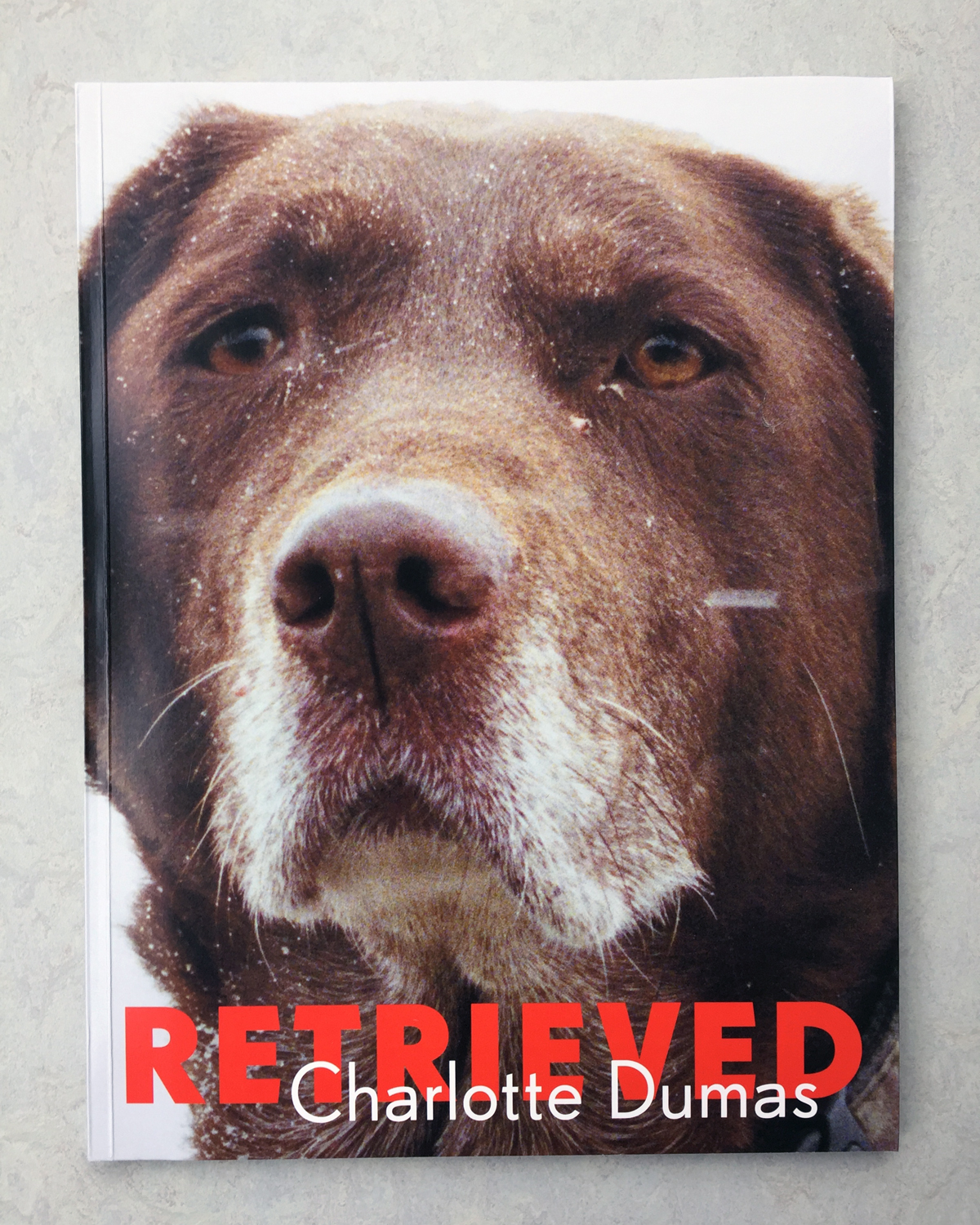 On and after September 11, 2001, the Federal Emergency Management Agency (FEMA) deployed close to a hundred search dogs along with their handlers—from a network of 26 active task forces from 18 different states—to both the World Trade Center in New York City and the Pentagon in Washington, D.C. In the aftermath of the attacks the dogs searched day and night for survivors, making sure no one would be stranded in the rubble, while rescue workers and firemen slowly made their way through the chaos and debris.

In my memory, the photographs of these dogs that appeared in the newspapers stayed with me most strongly: a dog being transported in a stokes basket on cables suspended high over the wreckage; another dog intently searching while maneuvering over enormous bent beams; dogs receiving eye drops after and in between shifts. I can still recall these images clearly. The dogs searched and comforted, they gave consolation to anyone involved. Seeing these pictures, I was also comforted. They somehow emanated a spark of hope amidst this scene of destruction.

I long wondered what had become of these animals. How many of them would still be alive today, so many years after 9/11? Through FEMA, I was able to locate the surviving 15 dogs that took part in the rescue operations. I visited and portrayed them in their homes, where they all still live with their handlers across the U.S. These animals were all at the same place at the same time, one decade ago, for the same reason: to work. That experience unites them, and was the incentive for me to pursue this subject and to photograph the dogs. They now share the vulnerability of old age while symbolizing a full decade now coming to a close.

Retrieved is published by The Ice Plant Los Angeles.

This publication is out of print 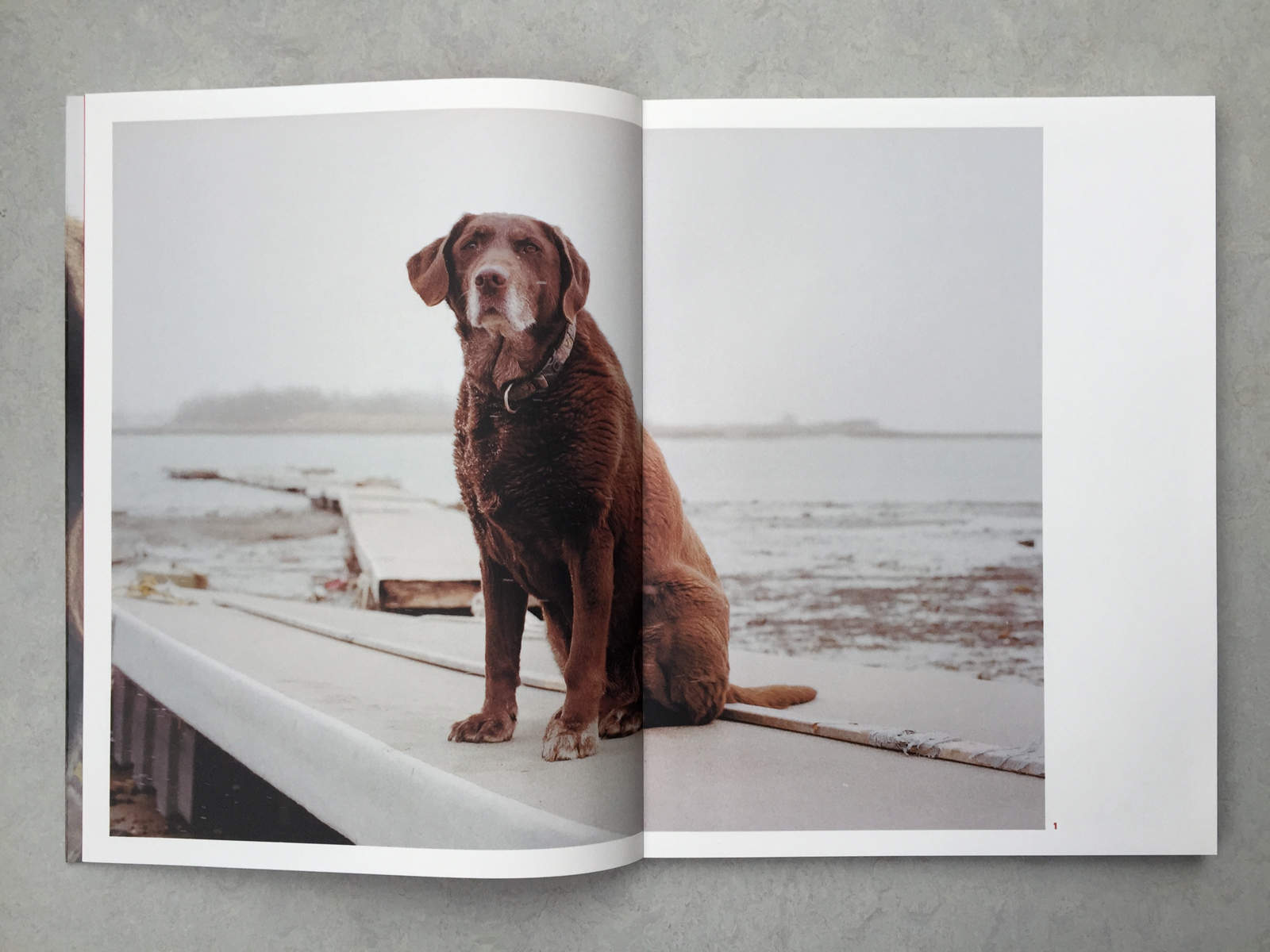 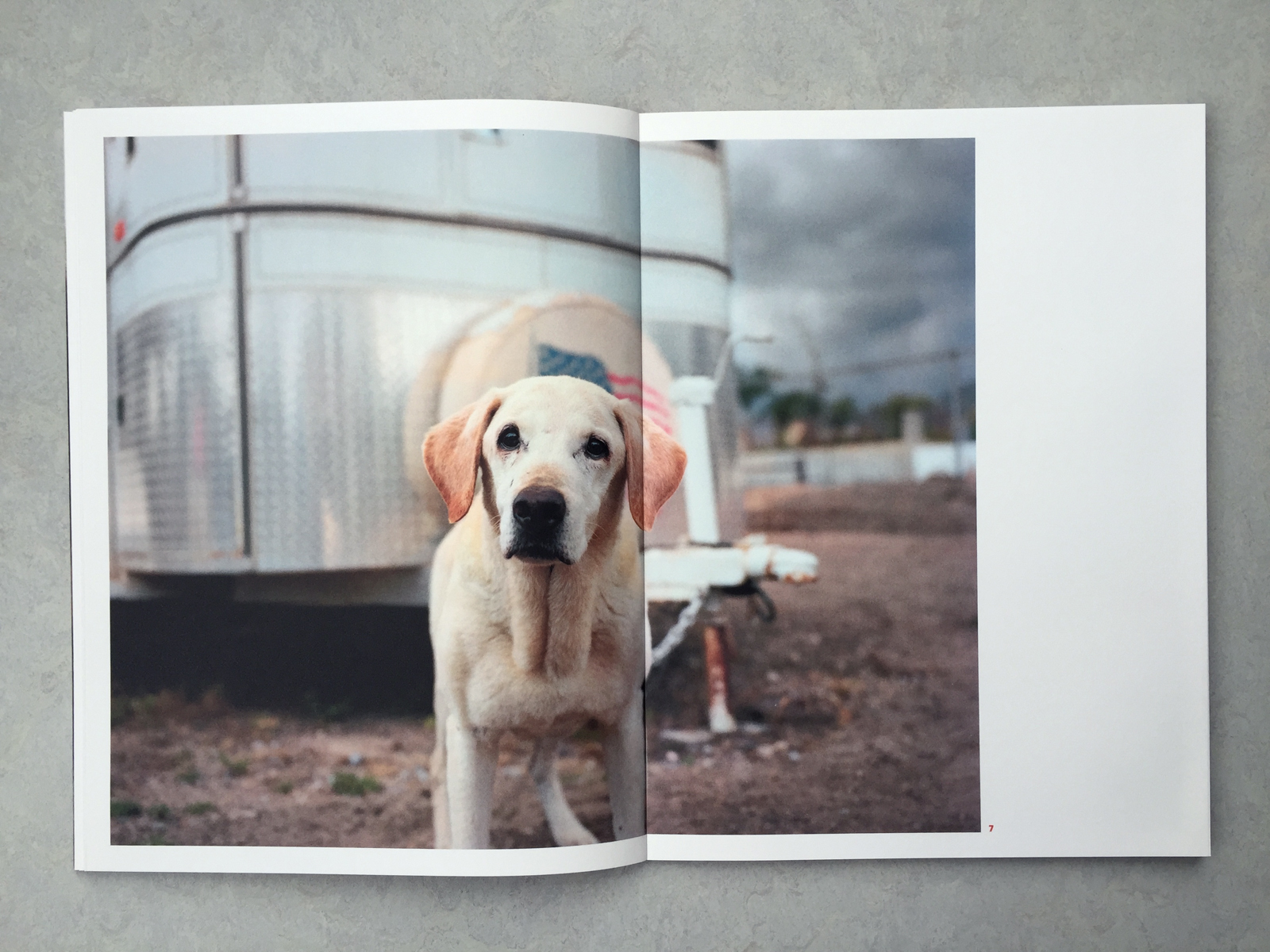 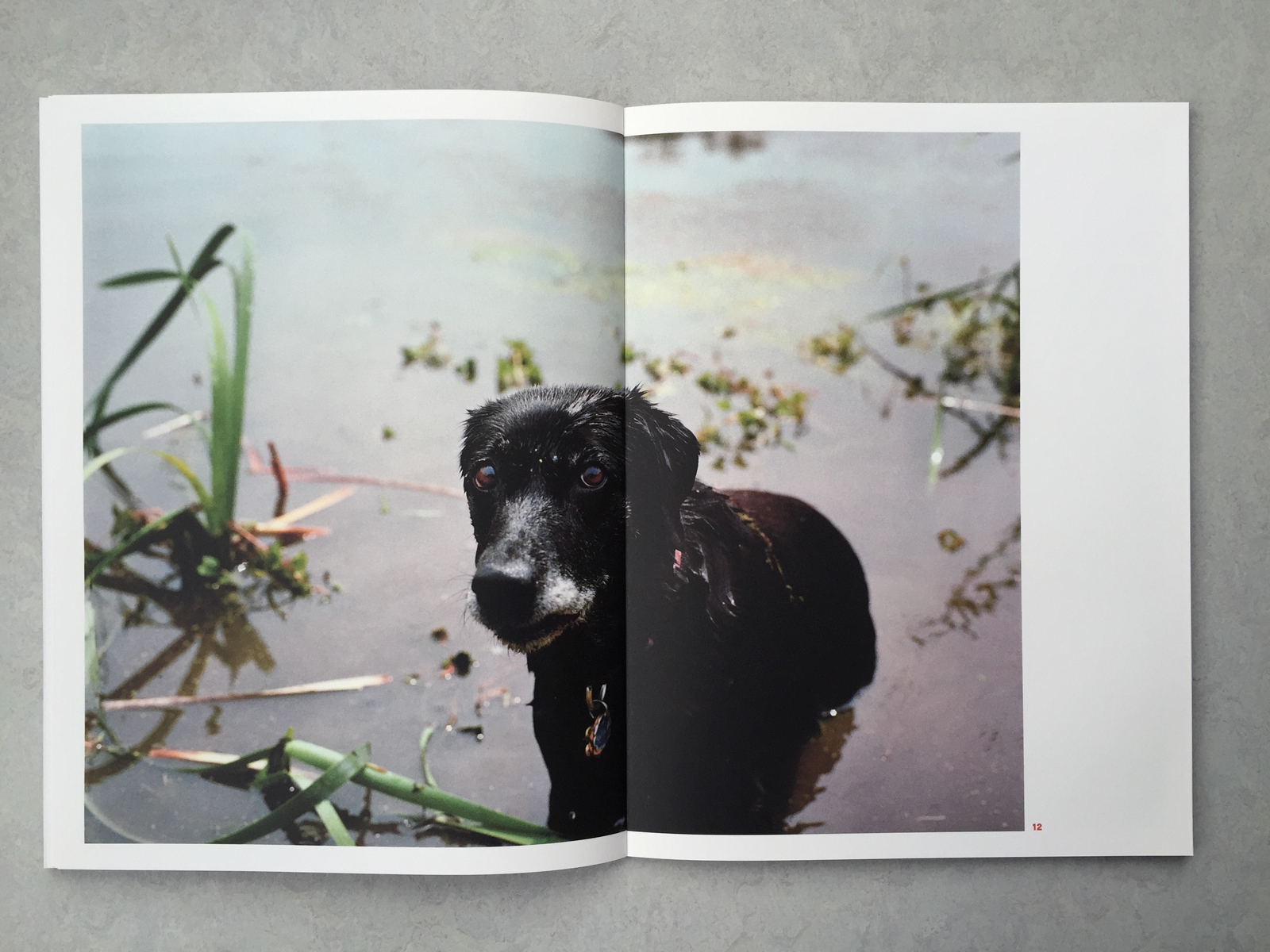 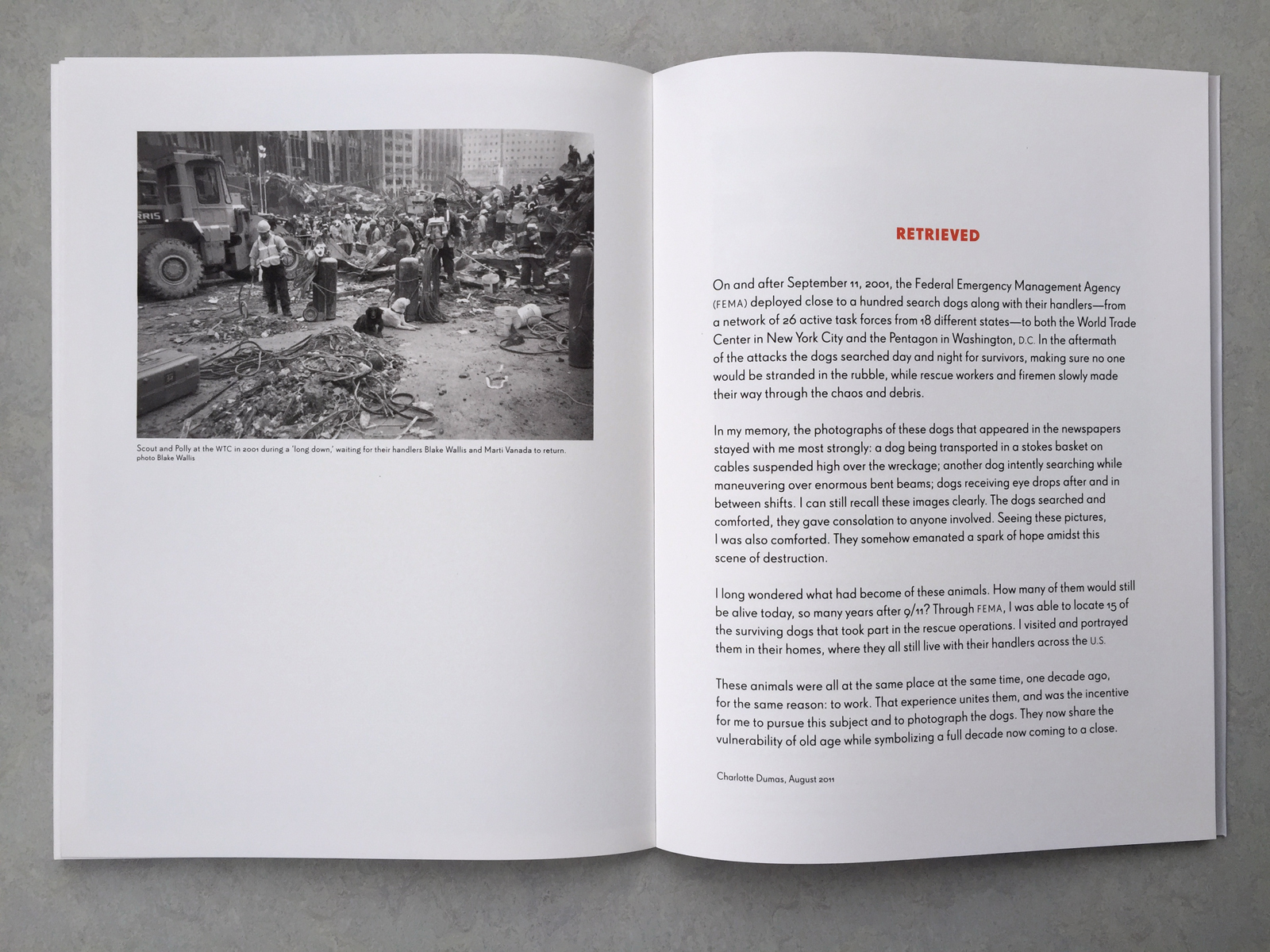 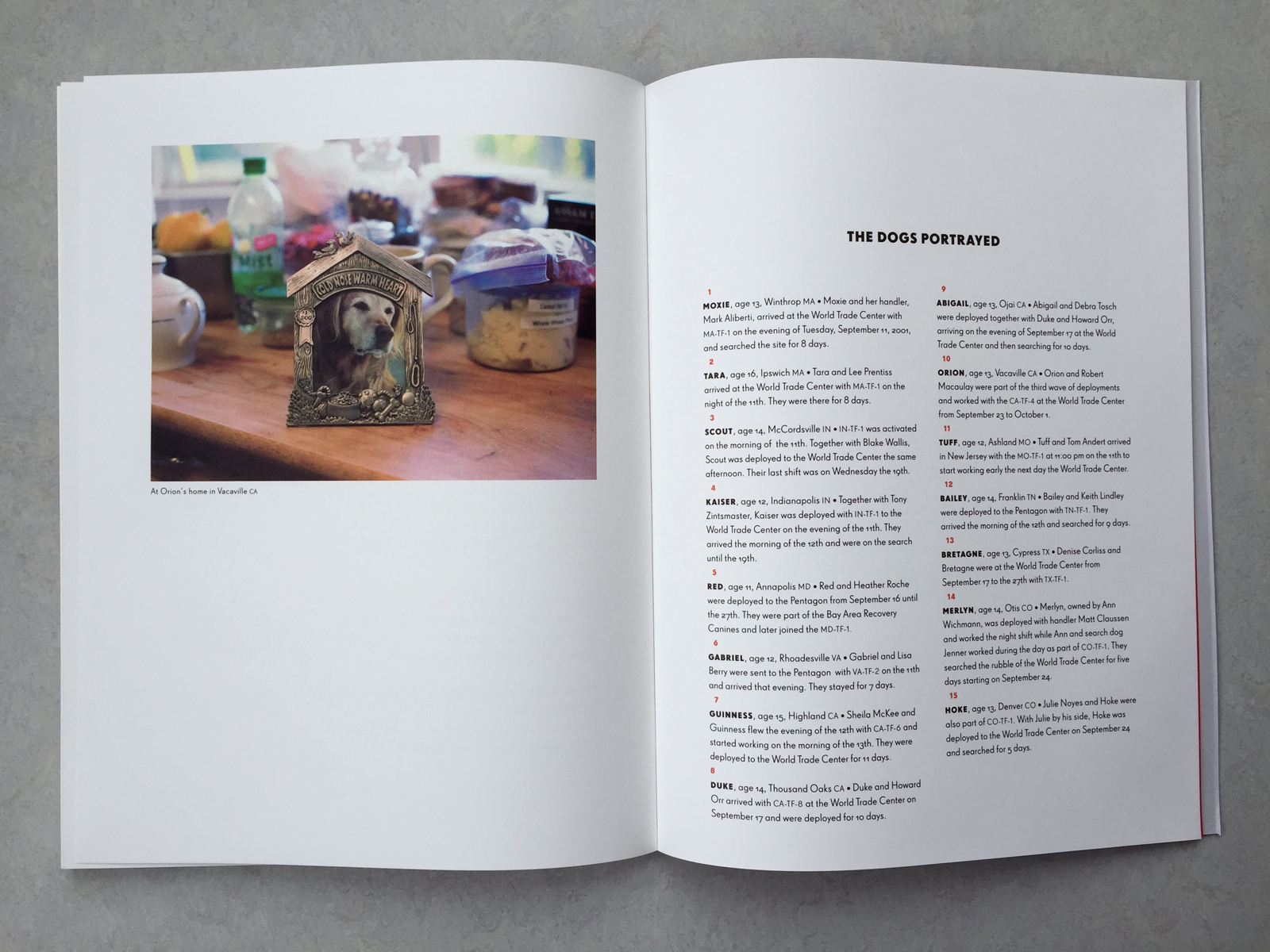